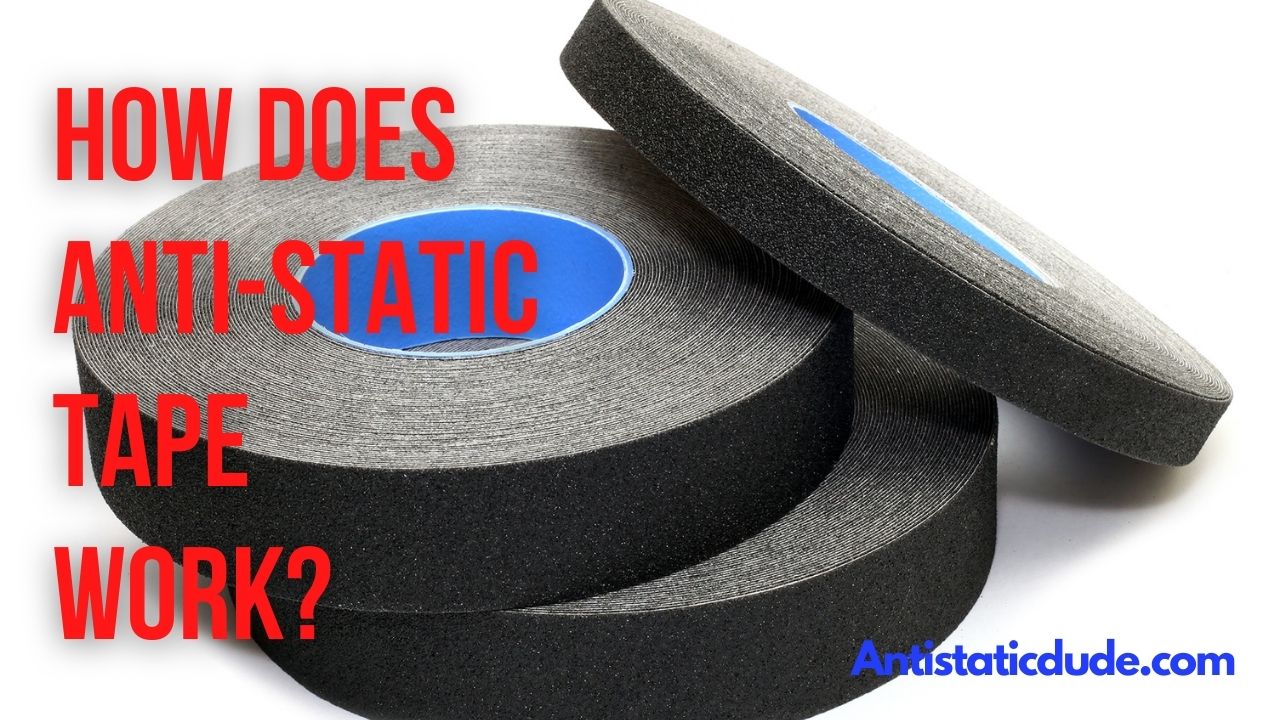 Working with electricity and related appliances can be pretty rewarding, but it comes with its fair share of dangers, especially in the form of electrostatic damages.

It wouldn’t be wrong to say that static is a constant concern for people working in the electrical fields, ranging from warehousing to manufacturing and more.

For this reason, anti-static equipment are being used, and anti-static tape is one of them. So, with this post, we are sharing everything you need to know about them, including how they work!

It wouldn’t be wrong to say that it’s been an issue for decades – in fact, the European forts were built with static control equipment and procedures back in the 1400s.

In the current electronics industry, it is called ESD, and it’s often a reason behind device failure, which is why implementing the ESD control and preventive measures has become essential. For the most part, it has cost the industry billions of dollars.

In fact, these ESD issues have only magnified due to more use of man-made plastics and fiber for clothing, flooring, and furnishing along with higher sensitivity of circuits, given the small components and conductors used in the circuitry.

The ESD damage can incur any time, be it on the field or at the manufacturing site. For the most part, these damages are termed latent defects or catastrophic failure. In addition, it can result in performance issues and immediate or future issues. For this reason, it is important to prevent the static altogether, and for that, anti-static tape comes in handy!

To begin with, the anti-static tape is one of the best ESD safety supplies out there, especially when you have to protect yourself from the static. In fact, it is an essential part of EPA (ESD preventive program). Truth be told, it’s a common practice for workers to not use anti-static tapes, but it often results in fatal consequences, particularly in the form of ESD damages.

In fact, it’s one of the most cost-effective ways of protecting the workers from static damages as compared to bearing the health treatment costs and device repair costs.

It wouldn’t be wrong to say that anti-static tapes are the first line of defense against the ESD and are the most common grounding device used by the personnel. This is because it helps disperse the static generated from the person safely into the ground.

These tapes are designed in bright colors to make sure they are visible. Also, it has to be applied even if the personnel is wearing ESD shoes and socks.

How Do Anti Static Tapes Work?

The anti-static tapes are made in multiple materials, but the primary objective is to create a path for the electrostatic grounds. It has to be connected to the earth bonding points that are fitted on the workstations, particularly through 10mm press studs.

However, some tapes also come with portable and removable crocodile clips and coiled cords for remote applications. The crocodile clip is connected to the sensitive electronic appliance or computer.

The ESD cellulose tape is available in various colors, including yellow, red, blue, green, and transparent. As the name suggests, the tape is made from cellulose and is usually used for sealing ESD containers and bags.

These tapes help protect the sensitive electronic appliances and components used in manufacturing. In addition, these tapes are suitable for holding, coating, and sealing manufacturing supplies.

ESD conductive shielding grid tape is available in brown or tan color with a black grid design. It is made with anti-static copolymer material with an additional conductive layer. It can be used at places where EMI shielding is required.

Also, it is suitable for covering external plugs, connector pins, and holes on the electronic chassis, particularly during storage and transportation.

ESD high-temp masking tape has a natural color and is made from crepe paper. It is usually used in silk screening uses and can be used for masking the brush and spray painting. In addition, it’s one of the most important additions to the OEM repair shops.

On top of everything, they are great for masking the PCBs for soldering purposes (it can bear high temperatures without leaving behind any residues).

To summarize, anti-static tapes have become an important piece of equipment when working with electro-sensitive items. In addition, the tapes are extremely easy to use and cost-effective without putting you in a dangerous spot.

We have a related article for you, you can read How Do Anti Static Brushes Work?