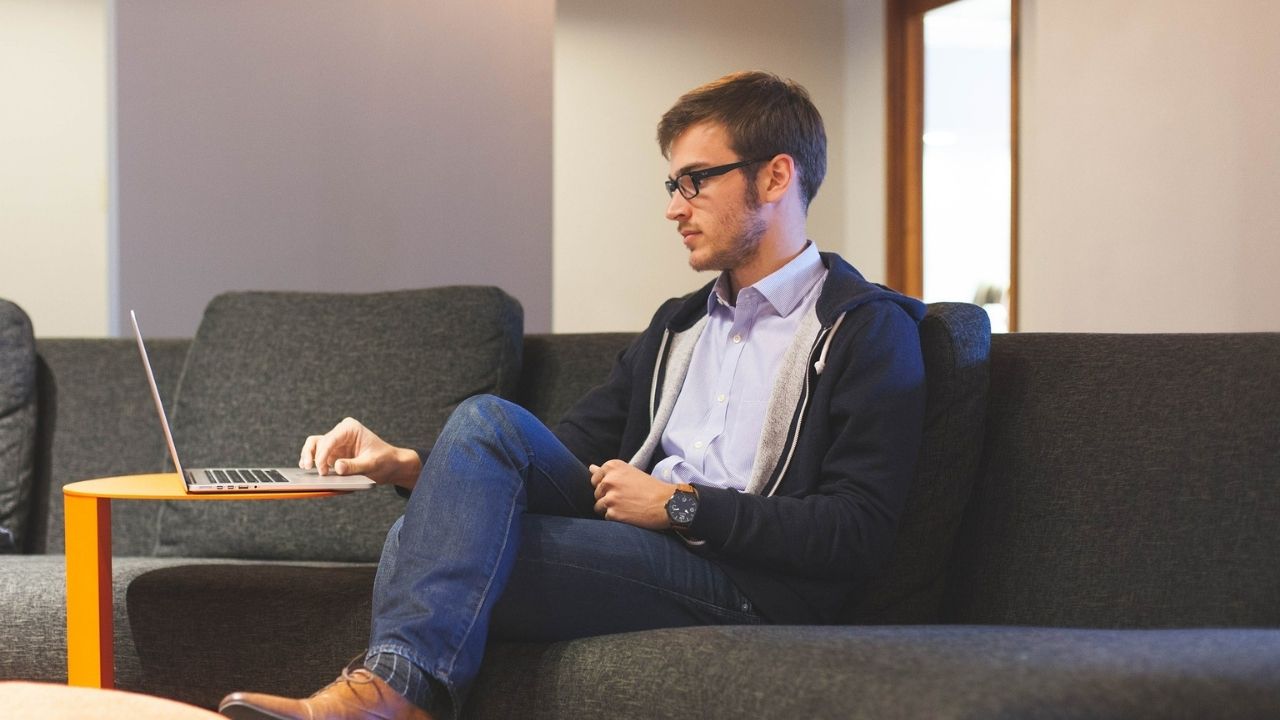 Do you have a couch or a sofa that keeps zipping you? In this guide, I will teach you how to anti-static your couch,

With the winter season fast approaching, you will have the chance to get pretty up close and personal with something called static electricity.

You must have experienced it at some point- a zap of current shooting through you when you touch your TV, put on a sweater, or sit on your couch.

Feeling a jolt of electricity surge through you while doing such mundane, everyday activities can be surprising to say the least.

If you have enough vulnerable objects and furniture around your house, it can become a downright nuisance at its best, and a disruptive phenomenon at its worst.

What is Static Electricity?

When two or more objects rub against each other, it causes the transfer of electrons from one surface to the other. This electron transfer results in the formation of ions which have a collective negative or positive charge. The buildup of these electrical charges on the surface of an object is known as static electricity.

If these charges are not properly removed or transferred to the ground, they can discharge at any time and cause negative outcomes such as electrical sparks. While these shocks are minor and may not do any major damage to you, they can wreak havoc on more sensitive objects such as electronics and other kinds of machinery.

How Does Furniture Acquire Static Electricity?

Most sofas and couches are made from a material called microfiber. While these bode well for the softness, comfort level, and the durability of the furniture, they are also very good conductors of electricity.

This means that when charges are produced due to friction and other factors, the microfibers conduct and retain the static electricity, which often results in a spark or shock for any individual that comes in contact with the surface of the furniture.

How to Make an Antistatic Couch in Your Home?

One of the major factors that causes the accumulation of static charge on furniture such as couches and sofas is dry air. The drier the air in your room or house is, the more chances there are that any sort of friction could result in the formation of ions and production of static charge on the furniture. That is why using humidifiers to reduce dry air in the environment works as a pretty effective technique.

You can find humidifying machines for cheap at your local store or online, such as on Amazon. They improve the quality of the air by adding moisture to it and saving your couch from static electricity and its adverse effects.

2. Get an Anti Static Spray

Many stores sell anti static products like anti static sprays that you can use to rid your furniture and other objects around the house from static charge. These sprays can be used over fabric without damaging their surfaces, integrity, or quality. The benefit of using an anti static spray from your local store is that it is extremely easy and convenient to use. The instructions on how to use the spray for best results are usually provided with the product, so make sure to follow them.

On the other hand, you can make your own anti static spray at home if you have all the ingredients instead of buying one from the store or online. First, get an empty spray bottle that you can use to fill in your anti static mixture and subsequently spray on your couch fabric evenly.

In your spray bottle, you will need to mix equal parts of water and white vinegar. Mix the substances together by shaking the bottle and spray the mixture on your couch. Let it dry up on its own and you will have gotten rid of the accumulated static discharge.

Another trick is to use fabric softener or dryer sheets that are usually used for laundry and washing. These sheets have anti static properties and can be used to rub down the fabric of your couch to discharge the static electricity. One big advantage of using these fabric softeners on your couch is that it leaves behind a very pleasant scent which is always appreciated.

What If I Do Not Have Access to a Humidifier?

In case you don’t own or cannot immediately purchase a humidifier to fix the dry air issue in winter months, there are some other methods to add moisture to the environment.

For example, having plants in your home can also help alleviate the static charge issue as they respire and add water vapor to the environment.

Another way would be to fill a pot up with water and put it on the stove. As the water boils, the surface layer of the water molecule evaporates and humidifies the surrounding air. Additionally, you can also make your space smell heavenly by adding cinnamon or citrus to the boiling water.

Will Using the Homemade Anti Static Spray Leave a Vinegar Smell on the Couch?

One concern that people may have about using the homemade white vinegar and water mixture to remove static charge from the couch fabric is the possibility that the couch may retain the distinct, sour odor of the vinegar. In actuality, this does not happen.

The vinegar evaporates quickly and does its job without leaving behind its odor for very long. You may smell it in the beginning, but it will dissipate fairly fast.