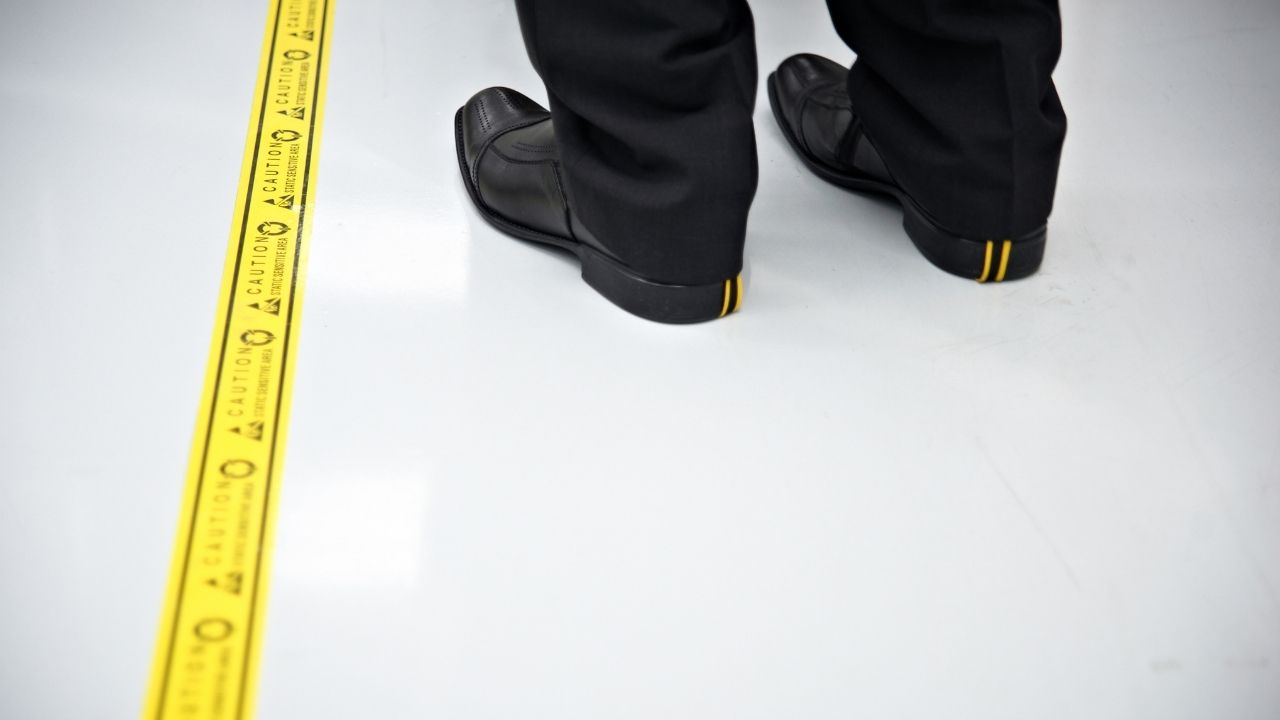 Ever wondered how does Anti-Static flooring work?
In this guide, I will discuss this topic in detail.

What is Static Electricity?

Static electricity is produced due to an imbalance between the negative and the positive charges in an object. Rubbing certain materials against one another causes the transfer of negative charges, which are most commonly known as electrons.

Static Charge in Your Flooring

With the winter season knocking at your door, electrostatic energy has become more relevant right now than it has ever been for you.
The creation of charges happens due to friction.

The dry air in the colder weather promotes the production of electrostatic charge in the air and across the various surfaces and objects in your house. One of these surfaces is your floor.

That is right- we do not realize it, but the flooring in any setting is one of the major reservoirs of electrostatic charge.

Depending on the material of your flooring and what you have covered it with, you may be putting your equipment and machinery at risk of the potentially harmful effects of static electricity. This is especially true if you are operating in an industry-based setting.

What is Anti Static Flooring?

The word anti-static refers to a specific resistance of electricity ranging between 10^9 and 10^11. It means that an anti static floor itself does not generate static electricity.

Anti-static flooring is protective in the sense that it provides any accumulated charge a safe path to travel and be released.

What is the Purpose of Anti Static Flooring?

The main purpose of static flooring is to help reduce the possible electrostatic discharge, which is also abbreviated as ESD.

This type of flooring is of particular importance within industries where static electricity can interfere with equipment or cause damage to monetary assets and the lives of the employees.

Many manufacturing and processing plants use sensitive equipment that can be damaged because of static electricity. Not only can it cause electronic components to become useless, but it can also produce sparks that result in the ignition of inflammable substances.

That is why anti-static flooring becomes especially useful in these kinds of settings.

How Does Anti Static Flooring Work?

Static accumulates on the floor even as people walk. A floor can be a conductor and still generate enough static that can be capable of damaging nearby assets.

Anti-static floors help in taking the static charge or electricity that naturally builds up in an environment, and moving it through the floor, into the ground. Anti-static flooring captures all stray charges and grounds them before they can cause further reactions.

It protects other electronics from the damage caused by static electricity.

Elements that can conduct electricity such as carbon, graphite, or metal-coated particles, when distributed throughout the surface of the flooring material, give electrical conductivity to anti-static floors and create an electrical pathway from the walking surface towards the ground.

Here is a related post that I wrote which I’m sure you’ll find interesting – How to Clean Anti Static Floors?

How to Choose the Idea Anti Static Flooring?

When choosing an ESD floor, you need to do tests for both, electrical resistance and charge generation. ESD standards of flooring are based on a combination of ESD footwear or flooring.

A few ESD floors prevent charge generation as well – i.e., static accumulation as people walk. Thus, determining the type of footwear people will use in the space is highly important.

While choosing the right static flooring consider the following points:

How Can You Get Rid of Static Energy in the Floor?

Anti-static sprays can also be purchased along with anti-static cleaners, both of which have the power to eliminate static charges instantly. You can also use anti-static mats beneath sensitive equipment if you do not want to invest in anti-static flooring altogether. You can read all about anti-static mats in this article that I wrote right here.